2017
Solo exhibition at The Approach, London 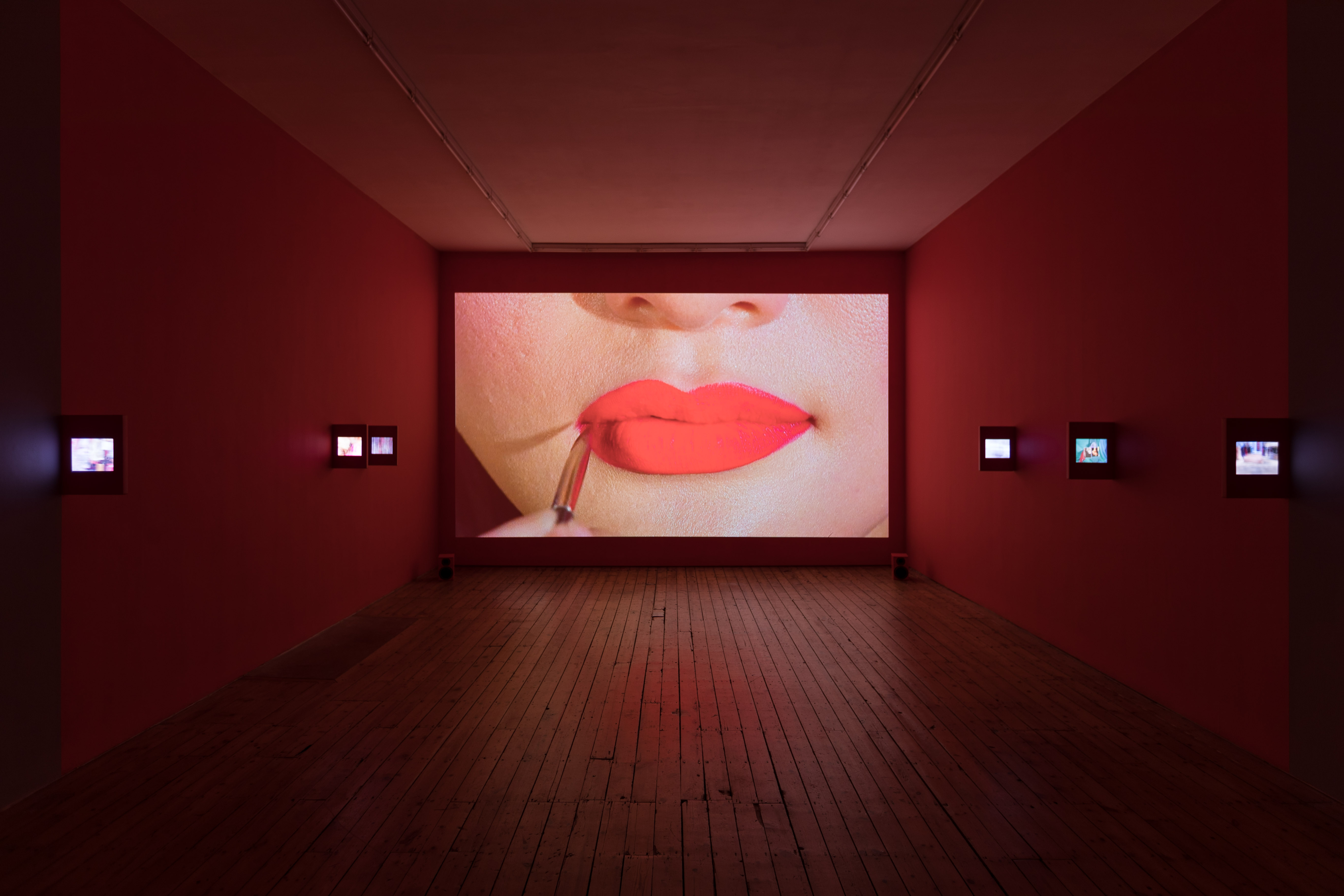 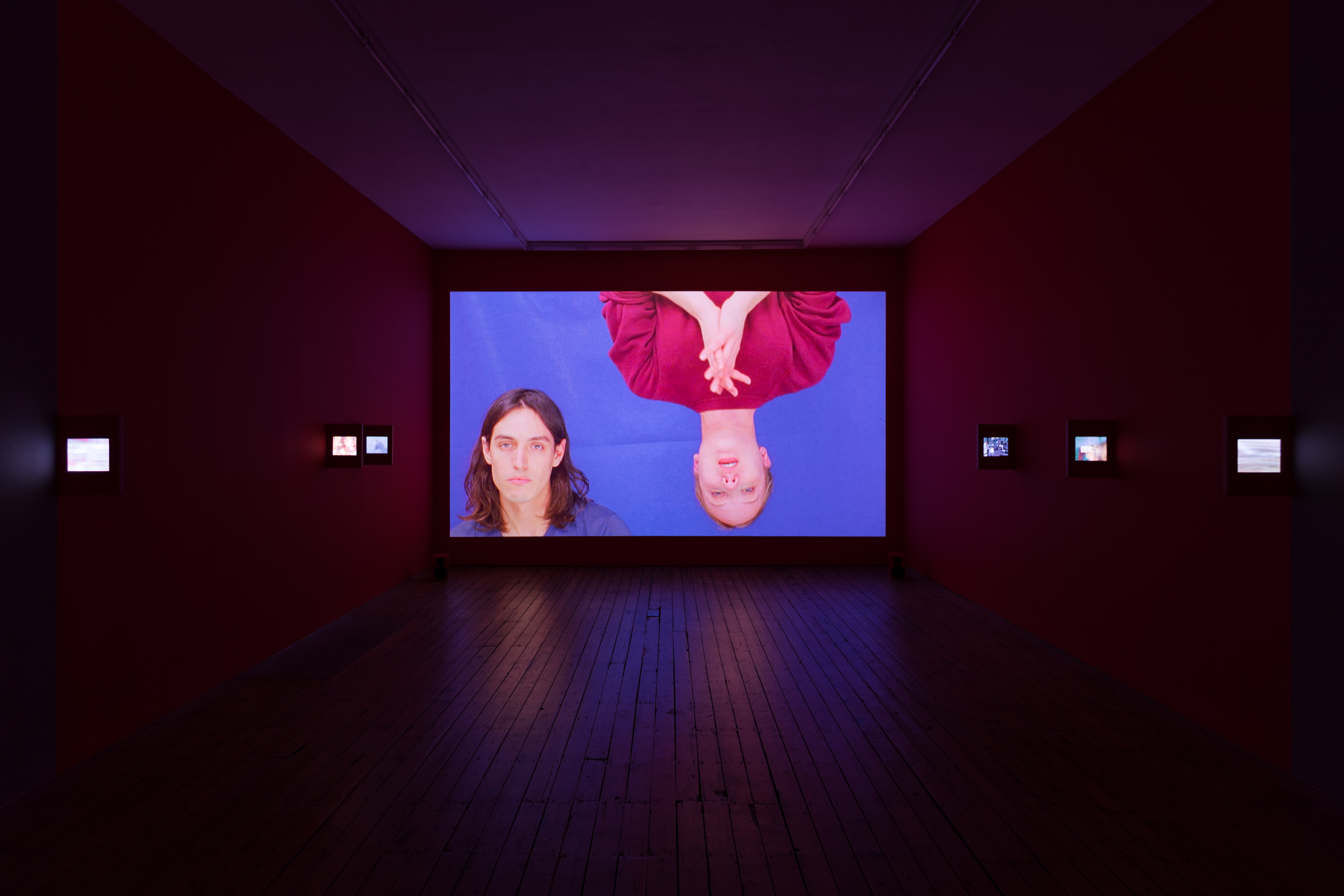 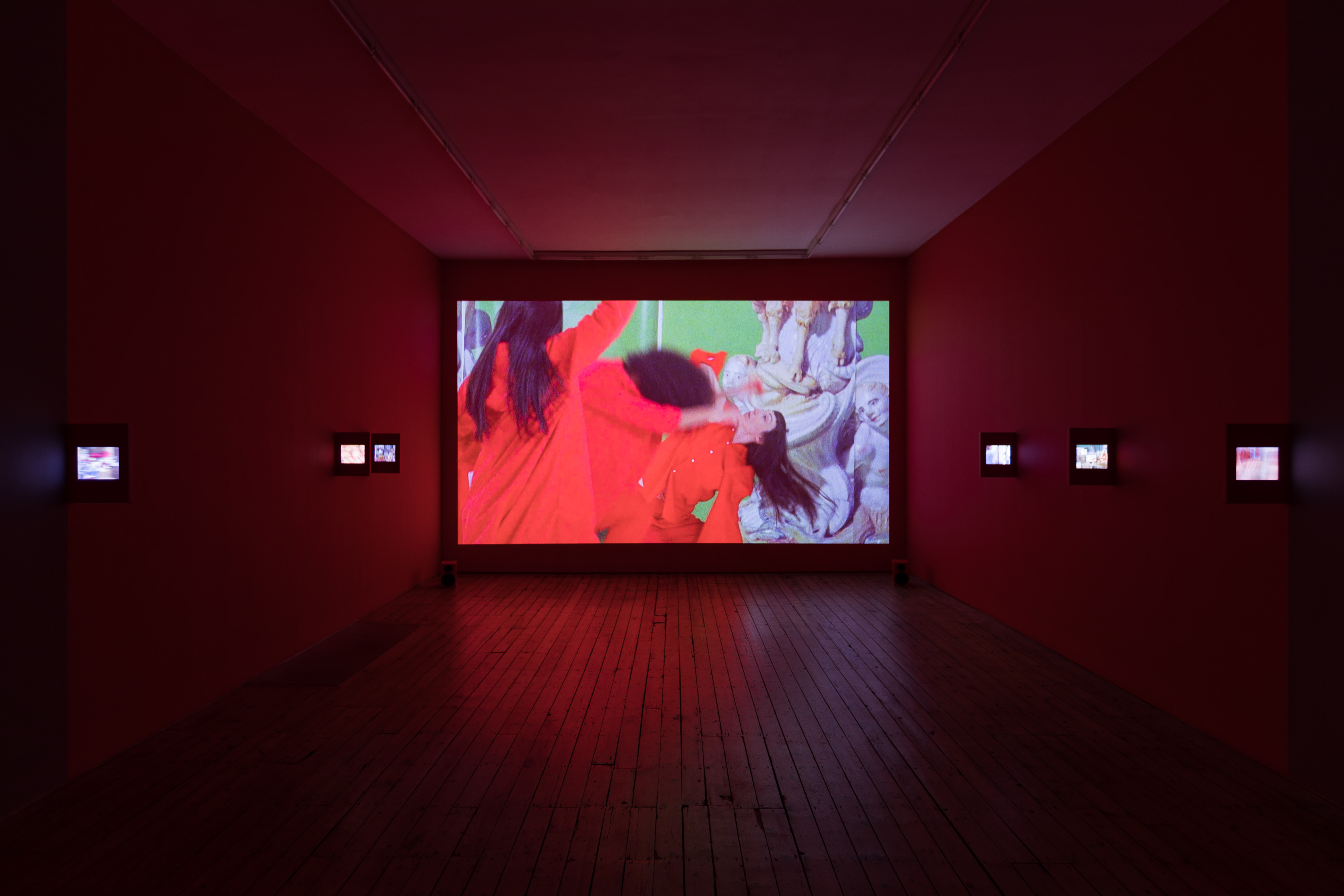 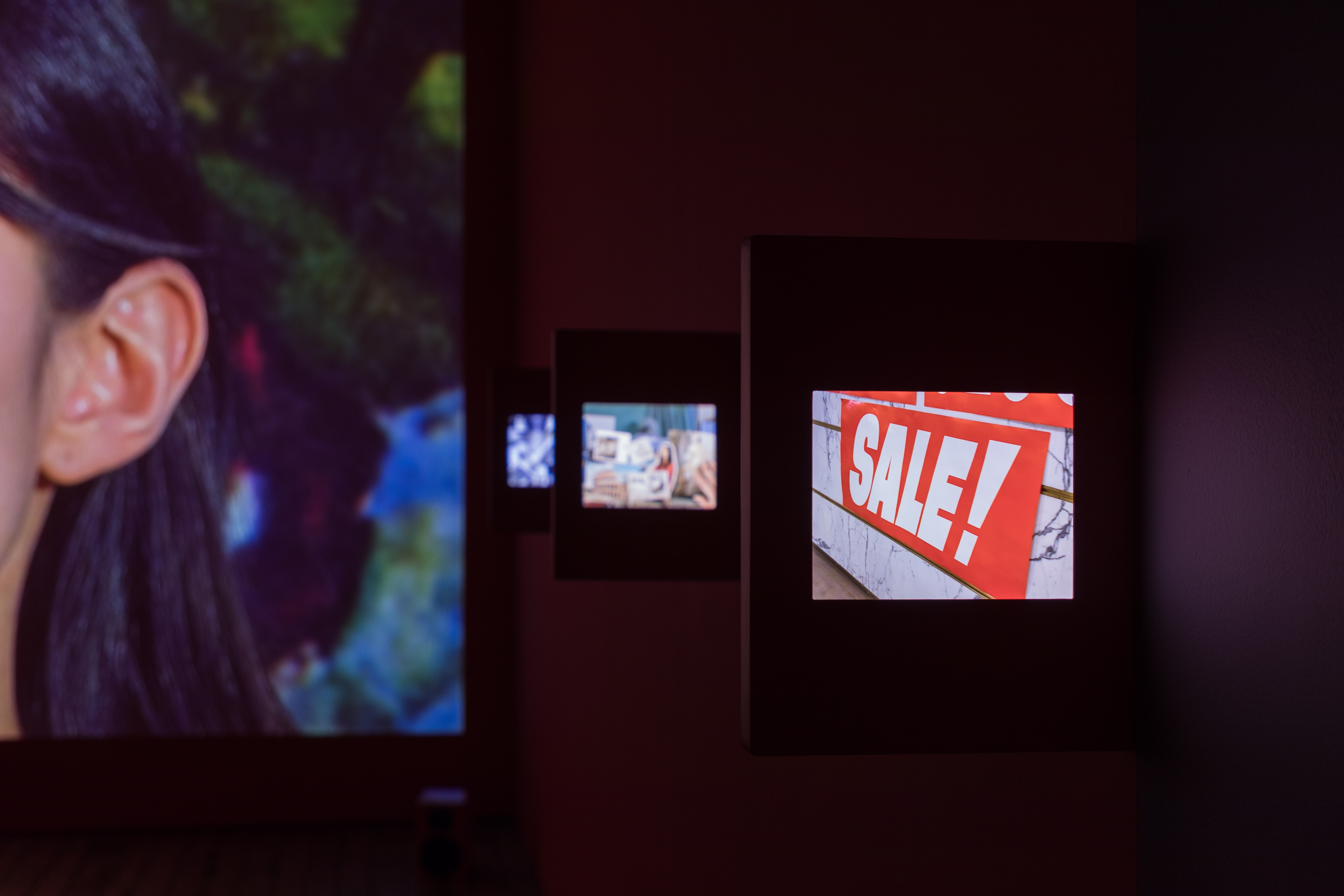 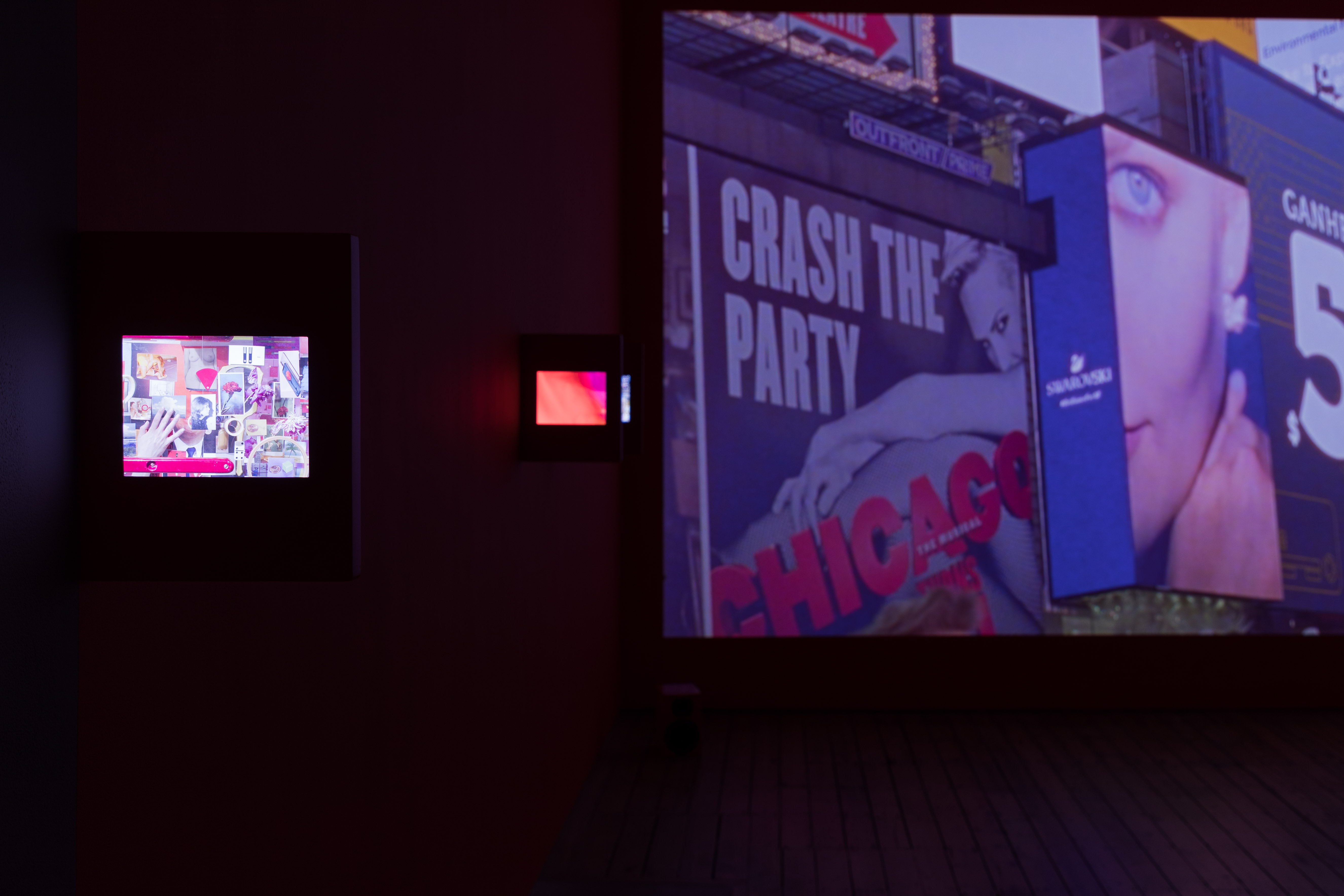 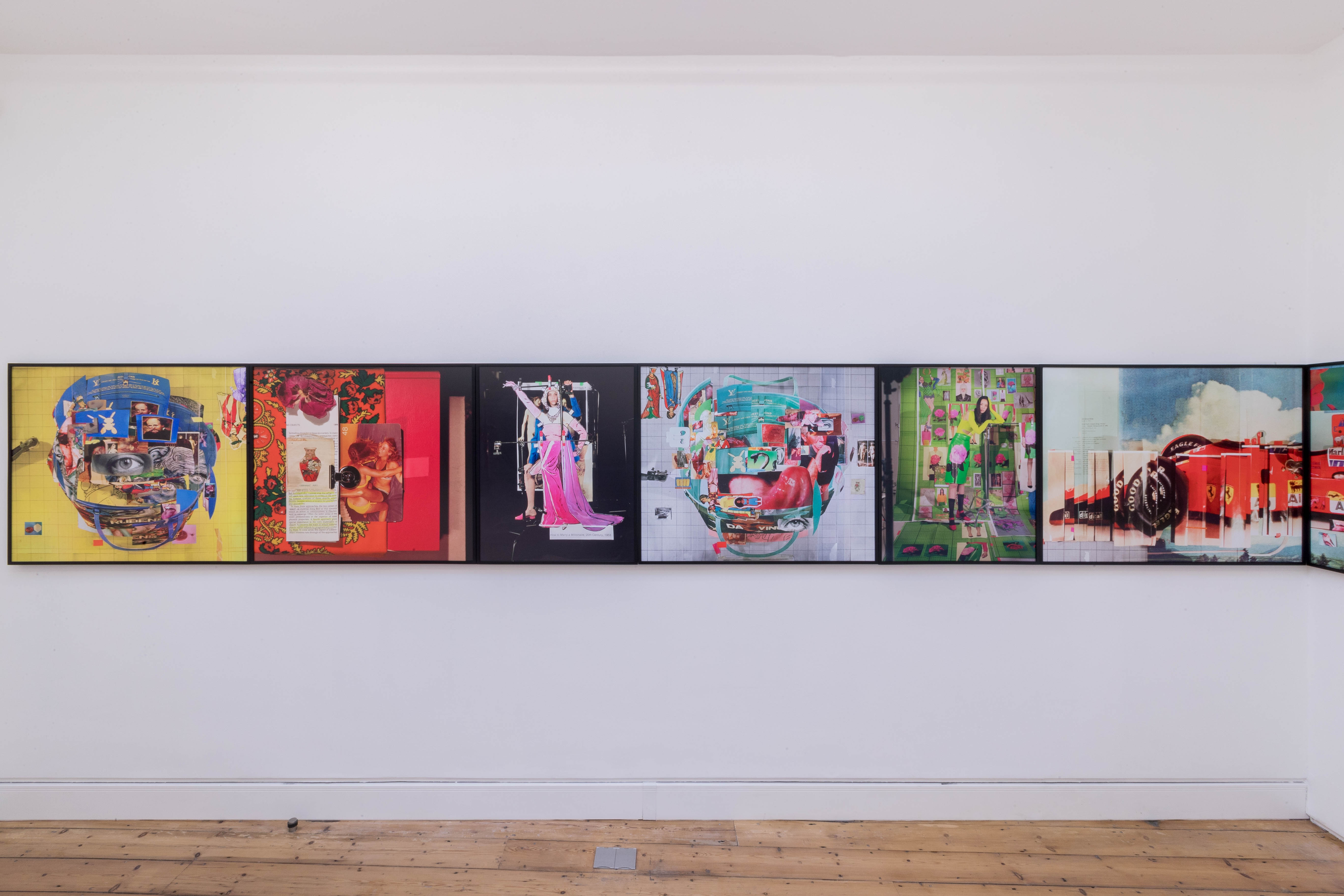 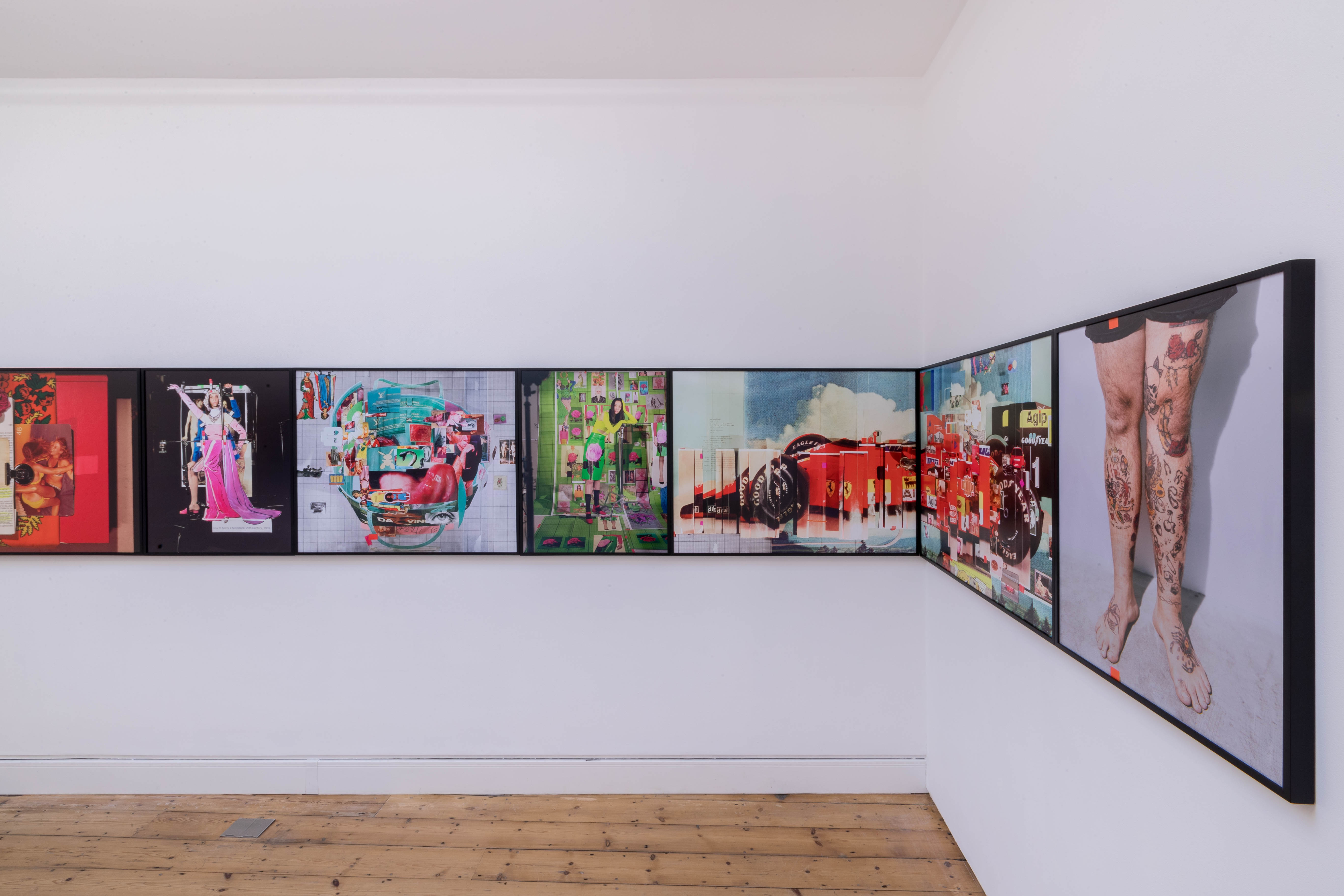 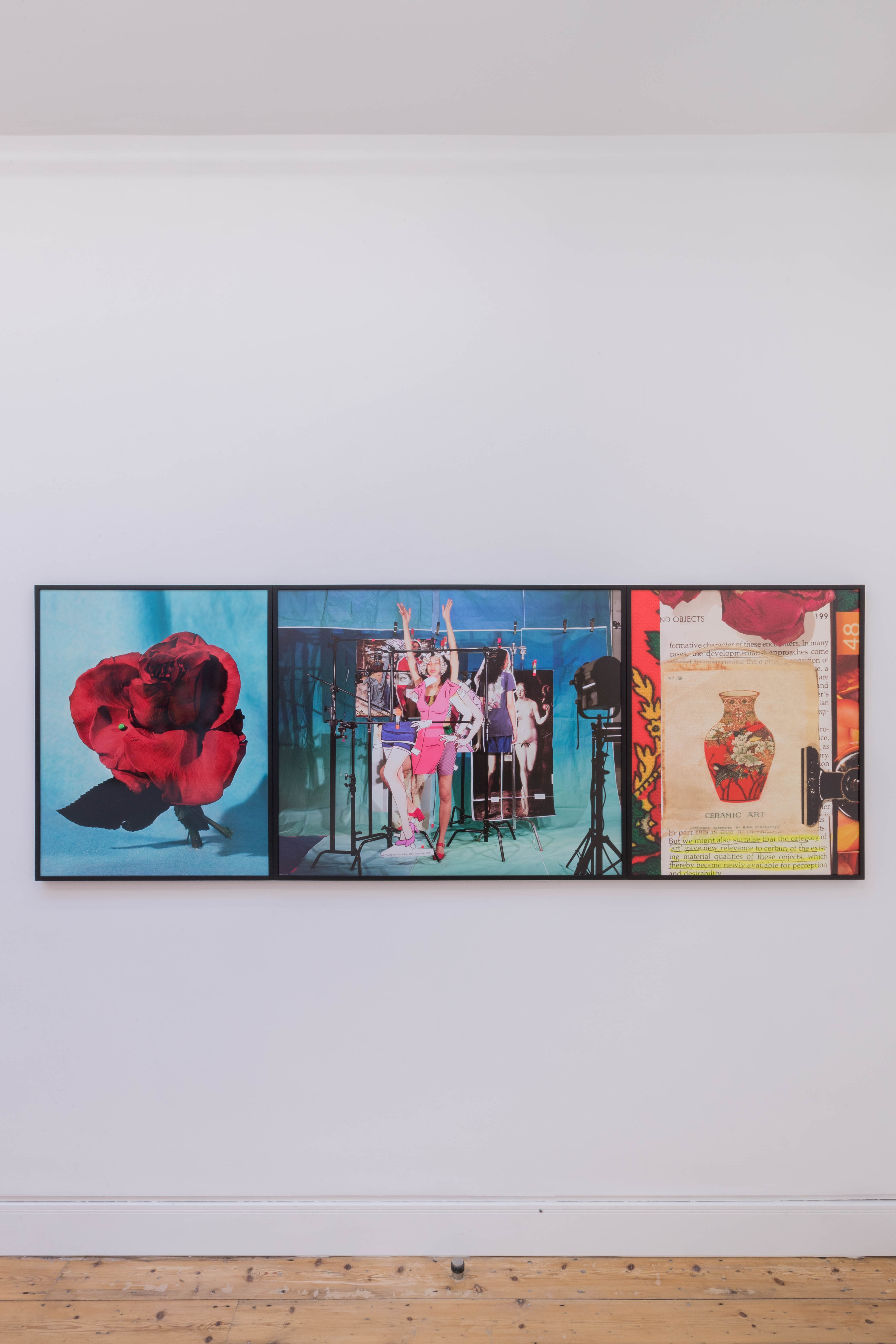 Press Release:
The Approach is delighted to present the first solo show in the gallery by New York-based artist Sara Cwynar. In her practice, which includes photography, installation, and film, Cwynar surveys the transitory object-life of visual matter in our time of image infatuation. Her composite photographs of found objects and images court feelings of time passing and glamour fading. Using studio sets, collage, and re-photography the artist produces intricate tableaux that draw from magazine advertisements, the internet, postcards, or catalogues.

Marilyn features Red Film, the third film in a trilogy exploring how desire manifests through objects. Taking the tone and structure of an educational film, Red Film critiques capitalism’s persuasive, constant pressure to conform and consume; questioning the effects of this torrent on the self; and pointing to the use of ‘high art’ to sell aspirational merchandise. The film avoids drawing any conclusions but rather tries to recreate how it feels to be a human in relationship to intensified 21st century media culture. Centred around several objects and ideas—Cezanne brand jewellery boxes and Cezanne brand makeup, red commodities such as lipstick, contemporary red Comme des Garçons clothing, and a 1985 mustang convertible, Red Film combines footage of a makeup factory, dancers, a famous Rubens painting and the red convertible in a photo studio. The film touches on notions of truth and appearance, about our cultural insistence on connecting beauty with truth, and what one can know about someone’s inside character by looking at the outside. In Red Film, Cwynar speaks through a proxy’s voice while hanging upside down, with the inside of her body pressing on the outside. The narration for these scenes is written in the style of ‘influencer’ Instagram captions – declarative, at times insightful, and often narcissistic. Throughout, ideas and theories, and even ways of talking, are shown to be as easily reproducible as commodities—how theory and even language can become kitsch.

Six smaller video loops complete the installation with Red Film. Marilyn conveys an endless circling of objects, images, and value signifiers. The same images (and bodies) are used over and over—be it Marilyn Monroe’s body, a reclining nude in a classical painting, or a model on an E-commerce site. In the Annexe space, a continuous line of photographic works echoes the themes from Red Film, but with still elements, in contrast to the constant scrolling of the film installation. The photos and looping videos include a different red car once valued for being fast that now functions as a museum relic, models posing with life-size reproductions of cut outs of Marilyn Monroe’s most iconic outfits, works of classical Greek and Roman art, images that signify the golden age of Hollywood, expensive handbags, cheap consumer objects, or things that were once the height of value but have now faded, tobacco packaging, pantyhose, a Prada skirt, online shopping and its increasingly defunct counterpart the department store, and a pop star, among other things. Many of the photos are shot from above so that different objects and images flatten into one.

The work in this show approaches cycles of buying, selling and image-making from many different entry points. For some photographs, Cwynar worked with models from the popular online E-commerce site SSENSE.com. She became interested in these E-commerce models because of their endless and at times rote repetitions of the same three gestures. There is barely even a slip in facial expression or movement. In her words, “I wanted to bring these women to my studio, to think through the multiplication of a person in images; how people are reproduced (and increasingly reproduce themselves) and how this process suggests an overwhelming amount of choice that isn’t actually a choice at all.” In other images Cwynar reworks pictures of the 2017 Jeff Koons Louis Vuitton bag collaboration—which appropriates five of the most famous paintings in Western art history. This appropriation continues themes explored in Red Film about how high art gets used to sell things, and what this tells us about what we find valuable. Marilyn explores the countless ways in which bodies, ideas and works of art are all swept up in the same cycles, turned into images or objects in order to sell. A set of x-rays of Marilyn Monroe’s chest once sold for $45 000—as Cwynar says, “even the inside of her body was up for grabs.”