Kitsch Encyclopedia (2010), collects appropriated text and pictures to parse the ideologies behind the benign imagery of popular culture. I refer often to Milan Kundera’s concept of kitsch, which he defines in The Unbearable Lightness of Being as the familiar images we look at in order to ignore all that is not aesthetically appealing about life. The book was designed, compiled and edited by myself. Kitsch Encyclopedia looks at the way that an idealized image world has been constructed on top of the real world and has in many ways subsumed it. 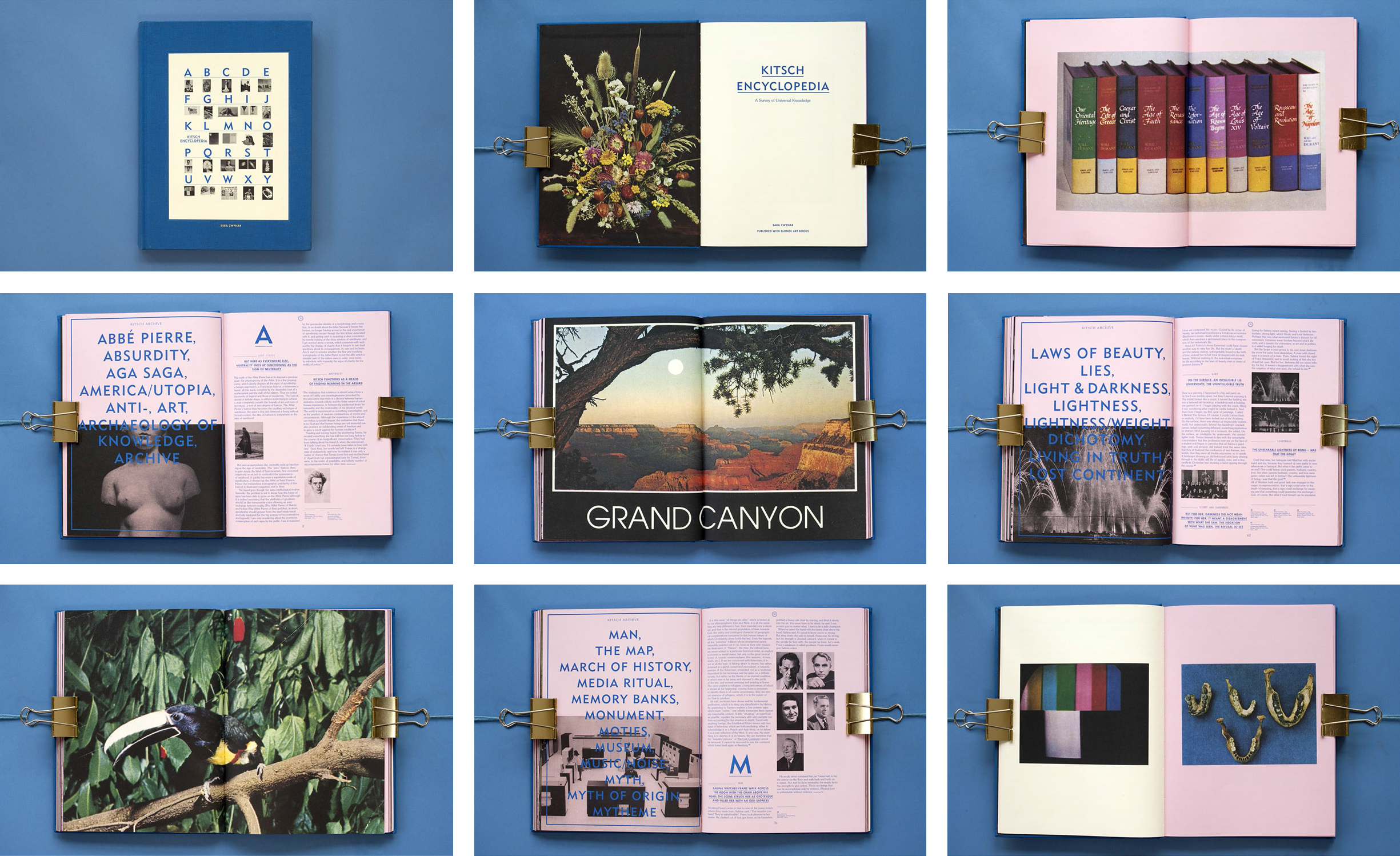